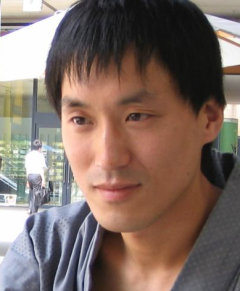 Bio: Yoshiki Ohshima has research interests in interactive and educational computer systems, software architectures and programming languages. Yoshiki graduated from the Tokyo Institute of Technology in 1994. He was awarded his PhD for the creation of “Kedama”, a massively parallel particle programming system, from the Tokyo Institute of Technology in 2006. Yoshiki worked on theme park related research project at Walt Disney Imagineering R&D from 2000 through 2002. In 2002, he joined Twin Sun, Inc. From 2007 he worked at the Viewpoints Research Institute. At VPRI, Yoshiki worked on projects include bringing the Etoys environment to children via the “XO” and the One Laptop Per Child (OLPC) initiative, multilingualization of software environments, and the STEPS project.

At SAP CDG Labs and Y Combinator Research, he worked on a few end-user programming languages, including GP and Shadama.

He founded Croquet Studios with his colleagues and currently developing network-based OS and a user environment.